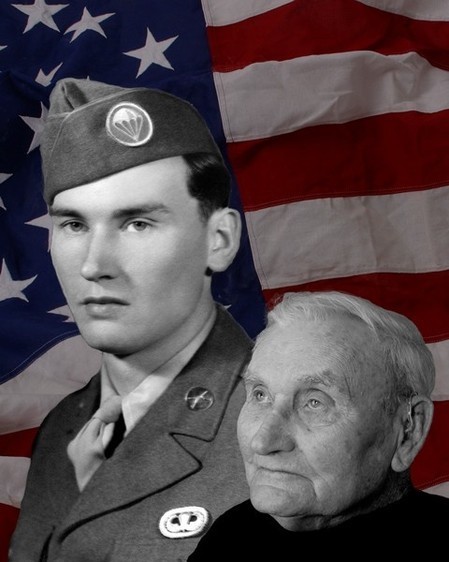 Wow, if I had a nickel for every time a customer has said, "Your Daddy drilled my Grandparents well back in the 40's, 50's, 60's....".  Buster Murphy truly loved the Water Well Business.  A Fair, Honest, and Noble man.

Buster was born in 1920.  At 23 years old he went into the United States Army where he trained as a paratrooper.  While serving in World War II, on D-Day the paratrooper's were dropped onto Normandy Beach early in the morning.  Buster was only one of two survivor's from his troop.  On the ground, he was captured by the German Military and held in a POW camp for 11 months.  He was decorated and discharged on July 21st, 1945.

On July 4th in 1947, Buster drilled his first water well, as Murphy Well Drilling.  In those days, it took a week or even two,  working both day and night to complete a well.

Buster drilled water wells, up into his 80's.  He loved it so much, I believe that he would have done it for free.  On February 1st, 2008, he passed away.  Today, this company stands on those shoulders and he left some VERY big shoes to fill. In his honour, we will strive to do that.  Everyday...﻿